This unit (and its variants) allows you to mix the output of an additional sub-chain into any chain at any position. The signal arriving from the left of the Mix unit is added to a panned and attenuated (or amplified) version of the output of the sub-chain associated with the gain parameter. The following diagram depicts the signal flow of the Mix unit.

Notice how the dB meter taps the signal before the mute choke and gain stage. Also, notice how you can chain multiple Mix units to create a standard mix bus.

Controls the amount of gain (from -60db to +12db) applied to the signal coming up from the sub-chain before summing it with the input signal (coming in from the left). When this control is selected, the ER-301 sub-display will also show Solo (S2) and Mute (S3) controls. The solo/mute group is formed from all the Mix units in the containing chain. So if you had 3 Mixer units in a given chain, pressing solo on one of them will mute the other two and so on.

In the above example, Mix #2 has been solo’ed so that the sub-chain signals going into Mix #1 and #3 have been muted.

Pans the signal between the left and right channels according to the following (linear) panning law: 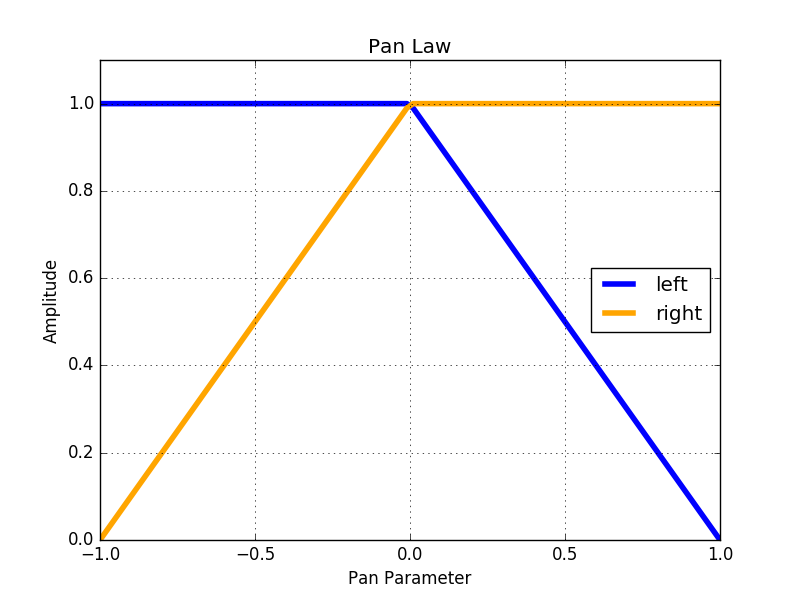